Goat Simulator 3 and the license in general has managed to attract the sympathy of players for a few years. With its scenario and its completely crazy gameplay, it managed to be a great success. Recently, the third opus of the series was released. For the holidays, a commercial was created, but it was not at all to the taste of Rockstar Games!

We just told you, Goat Simulator 3 is a game that is completely crazy. So, you can imagine that for the communication around it, we will be in the same spirit. If you look at the trailers and trailers you will quickly realize the atmosphere around the games of the license.

Thus, for this publicity of end of the year, we had the right to a false interview. Shaun, an NPC from Goat Simulator 3 told us a bit about his life. At one point, he mentioned that his career had taken off since he participated in GTA 6. To illustrate this, the ad displayed some images of the game in the background.

The problem is that these were images from the game’s leak! Remember a few months ago, a massive leak had taken place and Rockstar had taken the situation very seriously. So, obviously, seeing images of this leak being shared again in the latest promotional trailer of Goat Simulator 3, it didn’t really go down well. 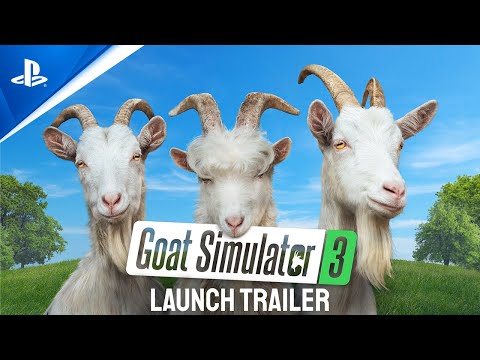 A joke that does not pass on the side of Rockstar!

After only a few hours, the trailer has been postponed and deleted from the official Goat Simulator 3 Twitter account! Some guys had the idea to put it back online here and there. But whether it’s on Twitter or YouTube, it doesn’t take long for these versions to get struck again by Rockstar Games!

To see how badly the situation took the joke. Indeed, one could for example imagine lawsuits being launched against the developers of Goat Simulator 3. On their side, it is hard to imagine that they did not foresee such a reaction. We can even go a step further and indicate that it could be a voluntary act. Because yes, if the publicity had been rather discreet, things have changed. Since the strike from Rockstar, there is much more talk about Goat Simulator 3 in the press!

NEWS: Take-Two issued a takedown notice against the Goat Simulator video, amid to a cool marketing video which showed a edited snippet of the next GTA title from the leaks back in September. pic.twitter.com/ZcLP0uXIwk

Steam Winter Sale: The games you don't want to miss!