When it comes to the Nintendo Switch’s biggest licenses, Fire Emblem has a prominent place. Indeed, for years this Japanese RPG license has been convincing players. The last opus named Fire Emblem Engage has just been released and it is already available on sale! We tell you more about it in this article.

Fire Emblem Engage, a jewel of the Switch!

When we talk about Fire Emblem on Switch, we are talking about one of the biggest licenses of the console. Indeed, Fire Emblem is simply one of the major licenses as far as Japanese RPGs are concerned. It’s simple, it’s an institution and where many licenses have given in to the sirens of real-time action, Fire Emblem Engage has kept its roots.

Indeed, the game still offers turn-based battles. This is one of the main reasons for its success. Many gamers still hold this game mechanic in their hearts, which was the highlight of the J-RPG era. So when Fire Emblem Engage was released a few days ago, on January 20th, it was expected.

As we know, sometimes when fans’ expectations are this high, the result can be disappointing. Well, this is not the case here and the first feedback we have on the game is simply excellent. Fire Emblem has managed to keep what made the license successful and take players on a whole new adventure. So we weren’t expecting a promotion anytime soon. 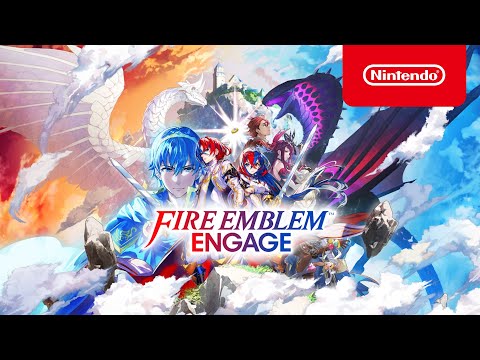 The promotion not to be missed!

Because yes, right now, it’s the Sales! However, it can be said that in general, Nintendo’s games are never heavily discounted. Also, it would have been understandable if Fire Emblem Engage had been a failure. But both commercially and critically, it was a great success as we told you .

However, despite all this, Boulanger is currently offering an unmissable deal on its website. Indeed, Fire Emblem is now available for 50€ instead of 60€. That’s a 16% discount which is quite huge for a game just released. We haven’t seen such promotions on recent games since the PlayStation Store offers at the end of the year.