We are currently in a period rich in news concerning the Final Fantasy license. Indeed, we are in the middle of the anniversary of the license and it is the players who receive gifts at this time. After the release of Crisis Core Final Fantasy 7 Reunion, it is Final Fantasy Pixel Remaster which has just been officially announced! But the price of the collection has put fans off.

As we just told you, this is not the first time we hear about Final Fantasy Pixel Remaster. To be honest, it’s something that fans have been waiting for for a while. The first time this game was released, it was on mobile. Since then, everyone has been waiting for it to land in a similar format on console.

But what exactly is Final Fantasy Pixel Remaster? Well, the first Final Fantasy games, they are now a few years old and the technologies have evolved. Therefore, with this game, Square Enix offers us to dive back into it with updated graphics. So, the games are not totally redone either!

There was simply some work done on the textures to bring them up to modern standards. So it’s a good way to combine nostalgia with a more modern gaming experience. To be quite complete, this Final Fantasy Pixel Remaster includes the first six games of the license. So it’s a good way to get into these old episodes! 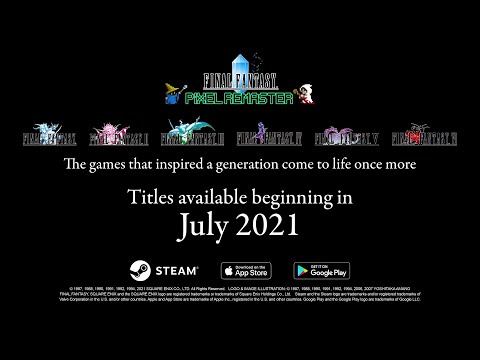 The price of the collector is amazing!

Except that the prices charged by Square Enix, they have still cooled down quite a bit. Let’s talk about the game itself already, without the collector. Well, you’ll have to pay no less than 75€ to get your hands on it. It’s certainly 6 games, but it’s 6 games with just textures that have been updated and the competition has already offered much lower rates for this kind of service.

But you are not at the end of your surprises with this Final Fantasy Pixel Remaster collector! Indeed, this version which contains a box set, a vinyl, an artbook and some figurines is sold at no less than 275€! A price that seems again quite high compared to what is contained in this collector’s edition!

PlayStation Store Deals: Games up to 90% off!